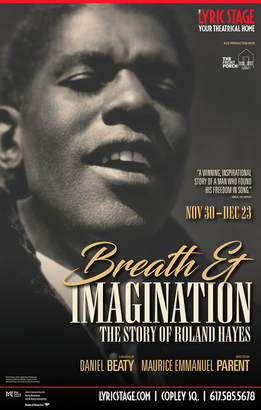 BREATH AND IMAGINATION
​By Daniel Beaty

Before there was Marian Anderson, there was Roland Hayes – one of the first world-renowned African-American classical vocalists. Breath & Imagination is a play with music that chronicles the amazing journey of this pioneer from the plantation in Georgia to singing before kings and queens in Europe. At the heart of the story is Roland’s loving, complex relationship with his mother – his Angel Mo’. Employing spirituals and classical music, Breath & Imagination is an inspirational exploration of one man’s determination to be an artist despite seemingly insurmountable odds.  Read More
Buy Tickets 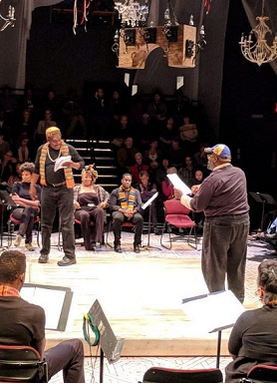 Ulysses Lincoln, a Gulf War veteran lost at sea and presumed dead, fights to find his way back home to his wife and son. The meddlesome Gods, Great Grand Daddy Deus and Great Grand Paw Sidin have other plans in mind as they battle for control of Ulysses’ fate. Presented by The Porch in October 2017 in the God’s Closet Reading Series at Central Square Theater, black odyssey melds together Greek mythology, African-American oral history and music in this visionary new take on Homer’s classic tale. Read More
Buy Tickets 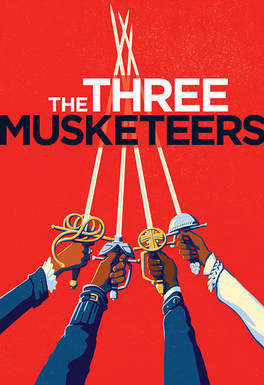 It's all for one and one for all as D'Artagnan and the three musketeers fight to protect the ones they love from the sinister exploits of Cardinal Richelieu. With predominantly black and brown actors, this action-packed, humor-filled and romantic take on Alexandre Dumas' classic tale reminds us that with strength, courage, wit, wisdom, and friends, you should always fight for what you believe in. Read More
Buy Tickets