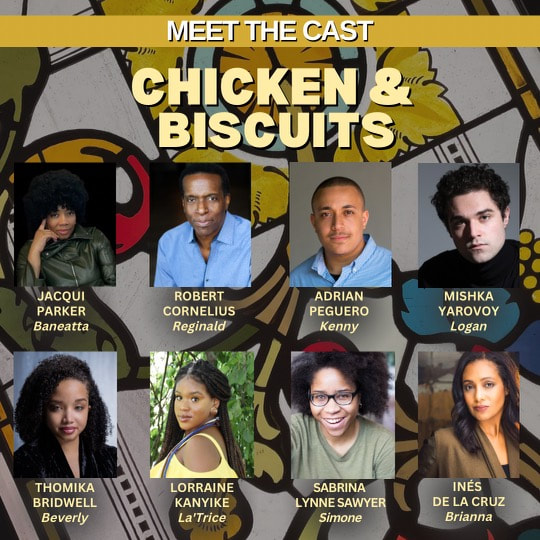 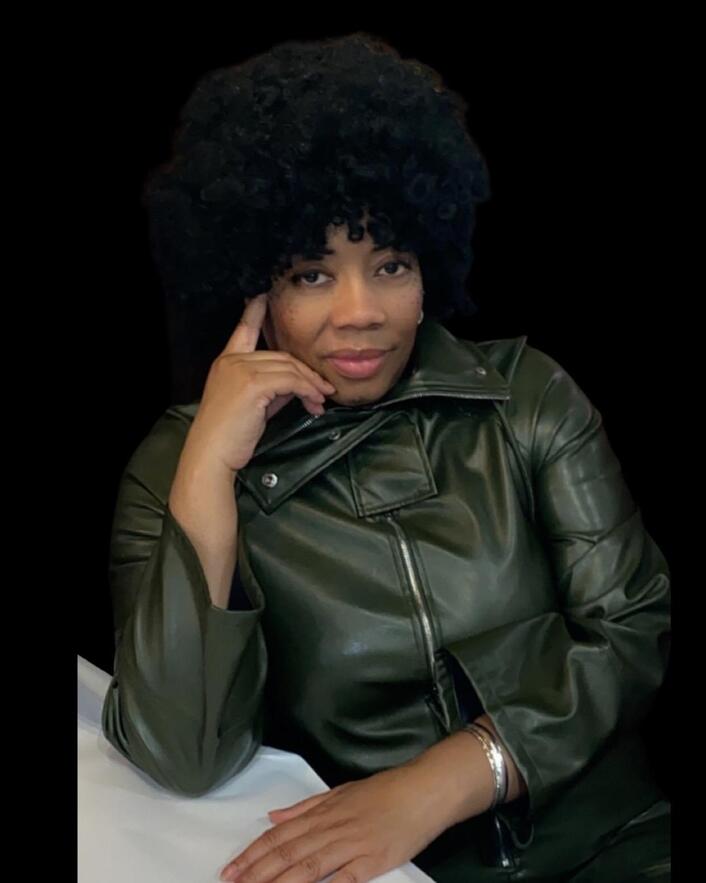 Jacqui Parker*, she/her/hers (Baneatta Mabry) is thrilled to be in her first Front Porch Arts Collective Production. She is an Actor, Playwright, Director and Producer. She has performed at The Huntington Theatre Company, Lyric Stage Company, Speakeasy Stage Company, Gloucester Stage Company, Wheelock Family Theatre and Theatre Companies across the country including numerous productions by Our Place Theatre Project, where she is the Artistic Director. Ms. Parker has won numerous awards including the Boston Theatre Hero Award, The Elliott Norton Award, several Independent Reviewer of New England Awards as well as community leadership awards, including the DRYLONGSO Award for her work in the struggle for racial equality. Ms. Parker recently directed The Light at Lyric Stage Company and six short plays in the Hibernian Hall New Play- writing Lab in 2022. She also directed Abria Smith’s book of poetry Somebody Soup. Jacqui Parker is also an award winning Playwright and Director. “The stage is a sacred place and one of our greatest gifts.” So glad to be back! 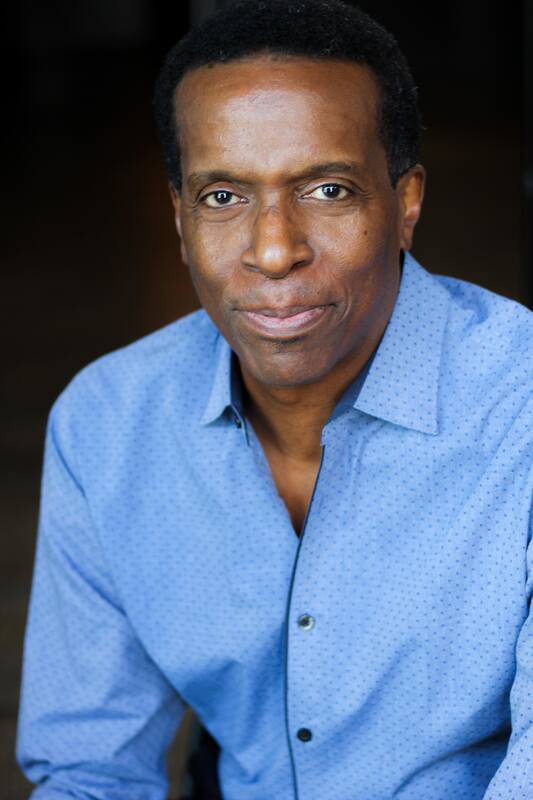 ​Robert Cornelius*, he/him/his (Reginald Mabry) is thrilled to be making his Front Porch debut with Chicken and Biscuits. Previously seen here in Boston in seen in Huntington Theatre's production of Joe Turner's Come and Gone, Robert hails from Chicago where he most recently performed in the world premieres of J. Nicole Brooks' Her Honor Jane Byrne at Lookingglass Theatre and Ike Holter's Lottery Day (Goodman Theatre), and Rightlynd (Victory Gardens Theater). Other favorites include Wit, Picnic, Blues for an Alabama Sky, Taming of the Shrew, My Children, My Africa, Hamlet, Aida and The Total Bent. On television, you can see Robert in the first three seasons of South Side as well as The Chi, Chicago PD, Shameless, and The Come Up (written and produced by his former students). Robert is a proud member of Actors Equity Association and SAG/AFTRA 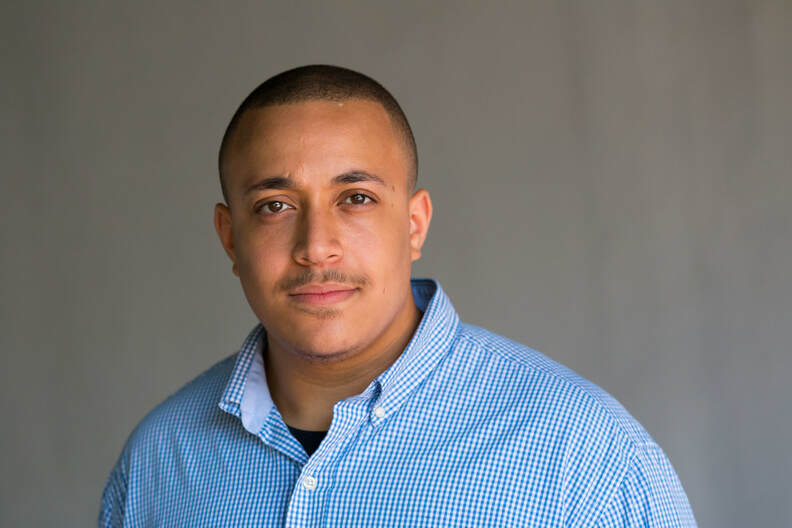 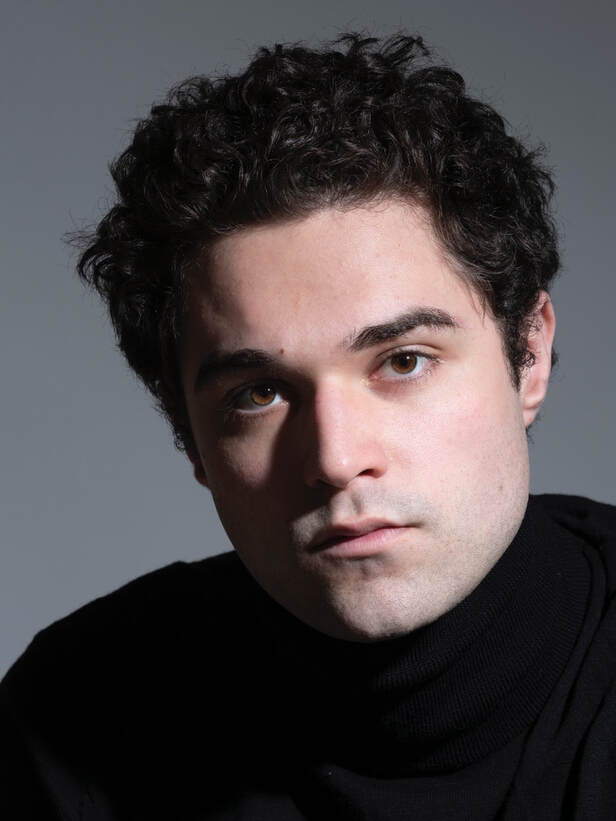 ​Mishka Yavokov*, he/him/his (Logan Leibowitz) Mishka Yarovoy (SAG-AFRA, AEA) is thrilled to be working with The Front Porch Arts Collective. Born in Mexico to Russian parents, Mishka spent most of his life living between Mexico, Russia, and the United States before settling permanently in the U.S. at the age of 14. He graduated from Interlochen Arts Academy in 2019 and is currently a senior Theatre Arts major at Boston University. His recent credits include: Let The Right One In (Actors’ Shakespeare Project); Sanctuary City (Interlochen Shakespeare Festival); The Inheritance (Speakeasy Stage); Romeo and Juliet (Apollinaire Theatre); She Eats Apples (Boston Artists’ Theatre). Film/TV: Little America (Apple TV); Don’t Look Up (Netflix). mishkayarovoy.com 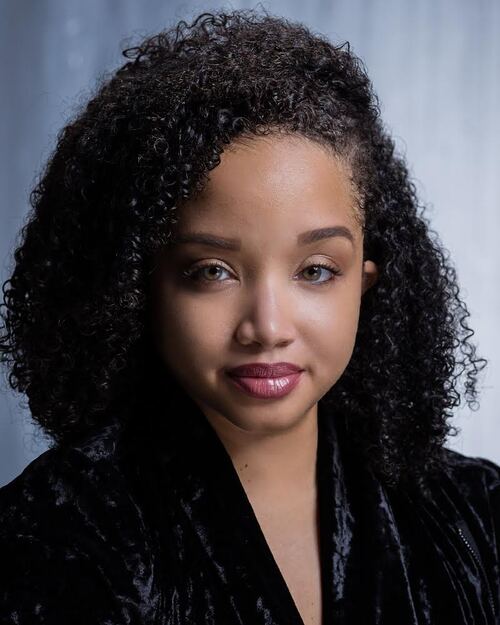 ​Thomika Bridwell she/her/hers (Beverly Jenkins) is so proud to be a new member in the
Front Porch Arts Collective family. Raised in Roxbury, MA, Thomika is a third generation performing artist that is grateful every time that she is afforded the opportunity to perform in her beloved hometown. As we continue to battle the residual effects of Covid, Thomika has found opportunities to further hone her craft, working on virtual productions of MOMologues (Greater Boston Stage Company), When I Grow Up (Wheelock Family Theater/Boston Theater Marathon) Freedom Calls (TC2 Theater New Play Festival) Corona Came Calling(Playwrights’ Platform Festival) to name a few. In New England, Thomika has appeared in BLKS (SpeakEasy Stage) A Christmas Carol (Hanover Theater) Miss You Like Hell (Company One) For Colored Girls Who Have Considered Suicide When The Rainbow is Enough (Praxis Stage) Coriolanus (Praxis Stage) A Midsummer Night’s Dream (Boston Theater Company. Thomika has also appeared in numerous productions in New York City, New Jersey, Philadelphia and Los Angeles. Thomika dedicates this performance to the magic that is Black family particularly, her daughter Madyson, ancestors and all of the iterations of Black family that continues to lovingly nurture and shape her life. 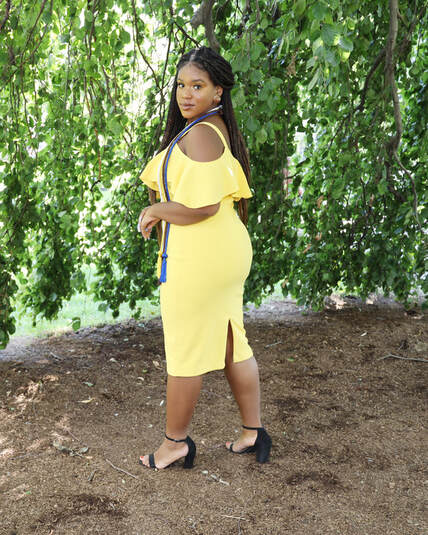 Lorraine Kanyike, she/her/hers (La'Trice Franklin) is a Boston-based actor, playwright, and theatre artist. She graduated from the University of Massachusetts Boston in 2020 with a Bachelor of Arts Degree in Theatre and African Studies, and has been acting professionally in Boston and digital platforms for the last few years. Past credits include: The Three Musketeers (Greater Boston Stage Company), Puffs (FTLO Theater), BLKS (Speakeasy Stage Company), Intermittent Dreams (Hub Theatre Company), QUOTABLES! (Company One Theatre). She would like to thank The Front Porch Arts Collective for folding her into the Boston creative community, and for the opportunity to perform an incredible piece, for us, by us. More of Lorraine’s work can be found on her website: https://lorrainevkan.wixsite.com/lorrainekanyike. 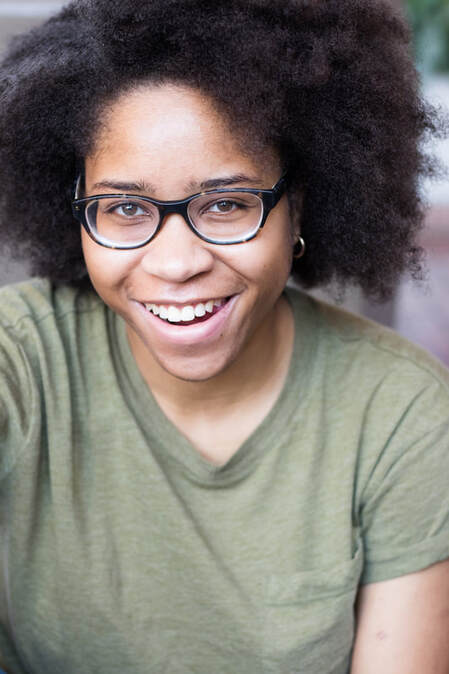 ​Sabrina Lynn Sawyer, she/her/hers (Simone Mabry) Sabrina Lynne Sawyer (she/hers) is excited to step foot on Boston soil for the first time to do Chicken & Biscuits, and even more so to be doing it with the Front Porch Arts Collective. Recent credits include A Midsummer Night's Dream at the Folger Theatre in Washington D.C. National tour: National Players (Olney Theatre Center): A Midsummer Night's Dream, A Raisin in the Sun. Training: B.A. Theatre (Acting), University of Southern Califonia. Two things Sabrina will always holler about are the South side of Chicago and the glory of God. sabrinalynnesawyer.com 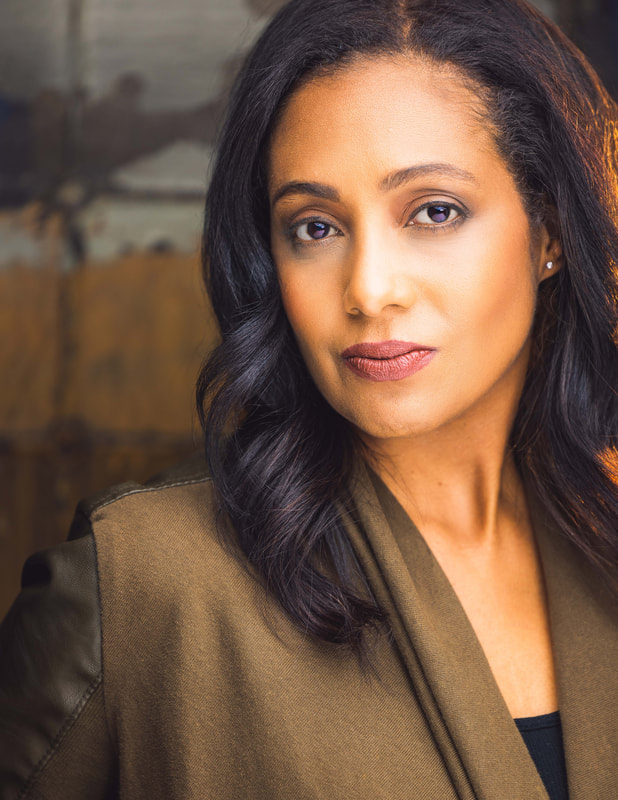