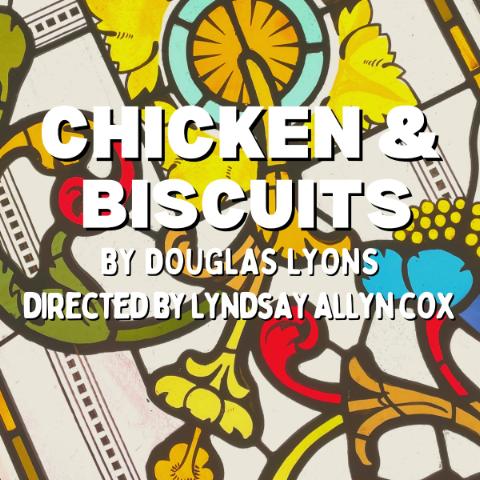 December 9, 2022 - January 8, 2023
Hilarious and Heartwarming, Chicken & Biscuits is a raucous family comedy that made its Broadway debut in 2021. The story begins when the Jenkins family reunites to bury their father — hopefully without killing each other in the process.  But any hopes for a peaceful reunion unravel when a family secret shows up at the funeral.
Tickets On Sale Now!
MEET THE CAST! 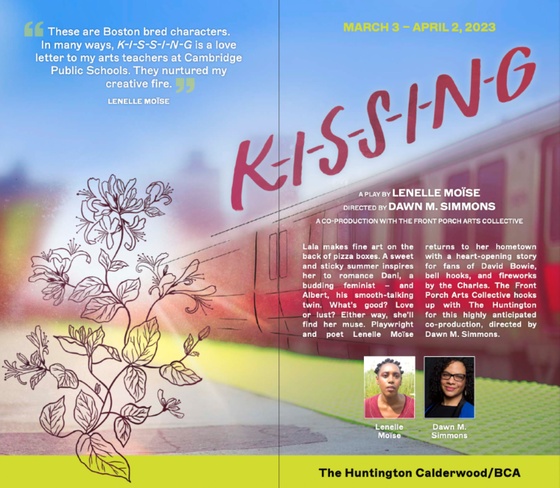 K-I-S-S-I-N-G
By Lenelle Moïse
Directed by Dawn M. Simmons
The Calderwood Pavilion/BCA
In Partnership with the Huntington

​Meet Lala, who makes fine art on the back of pizza boxes. A sweet and sticky summer inspires her to romance Dani, a budding feminist and Albert, his smooth-talking twin. What’s good? Love or lust? Either way, she’ll find her muse.

Tickets On Sale Soon
The Front Porch Arts Collective’s Reading Series - Staged Readings of the work and writers who inspire us
​
Exception to the Rule
By Dave Harris
Directed by Donovan Holt
October 30th at 4pm
The Calderwood Pavilion
​
How do you make it through detention? In the worst high school in the city, six Black students are stuck in Room 111. They flirt. They fight.
They tease. Should they follow the rules and stay put, or find an escape? Are the walls keeping them in, or are stronger forces at play?
Program Link
Invisible
By Douglas Lyons
Directed by Tinashe Kajese-Bolden
December 11 at 7pm
The Calderwood Pavilion

Invisible tells the story of lifelong best friends, Eemani and Jade, who decompress one afternoon over a good blunt.
Unbeknownst to them the blunt is laced with much more than weed, spiraling the duo into a wild hallucination that allows them to confront the
oppressors of the past, dead on.

The assassination of Malcolm X—both the story we think we know and illuminating details that have seldom been shared—is brought to vivid, lyrical life in
award-winning writer Marcus Gardley’s new play. Shakespeare’s Julius Caesar provides a framework for Gardley to deepen our understanding of one of
America’s most complex, compelling historical figures and explore the tumultuous landscape of ideology and activism in the 1960s.

Lovely Hoffman Presents…Nina: The Voice of a Movement
Conceived and Written by Lovely Hoffman and Brandon German
Coming May 2023
"Lovely Hoffman Presents…Nina: The Voice of a Movement," a storytelling of live music and singing that shares the story of Nina Simone, whose music was the soundtrack of the Civil Rights and Black Power Movement. The performance includes many of her most thought provoking songs that exposes the treatment of African-Americans in the United States during the 1950s and 60s.  The production features renditions of I Wish I Knew How It Feels To Be Free, Why? (The King of Love Is Dead), Four Women and Mississippi Goddam.